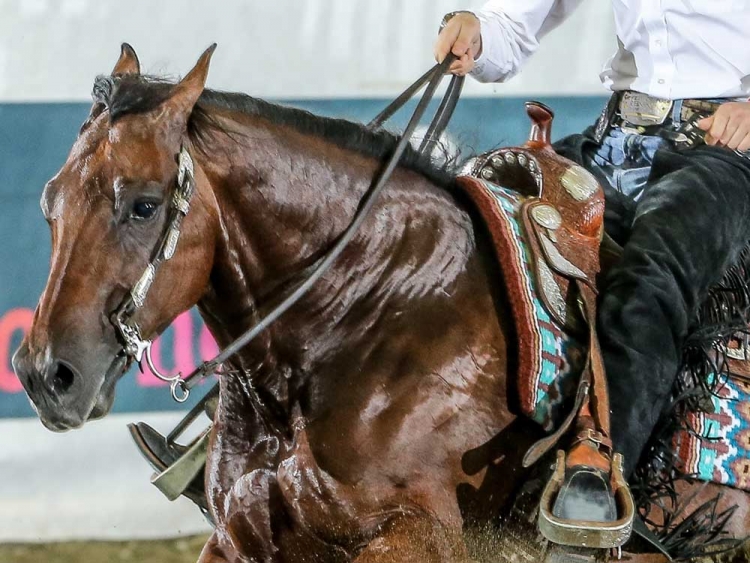 The event took place in Cremona, Italy, during the IRHA Derby and on Saturday morning the spotlight was on the 19 riders that rode for their country’s flag. Though competition was heartfelt, the spirit that filled the air during the week was camaraderie, joy and pride in being part of the very first edition of the Cup!

“This has been a wonderful experience and it is a great honor to be part of it,” said Joao Marcos, RHF board member and strong supporter of the Global Cup concept. “It has truly been a joint effort with NRHA, IRHA and RHF. I cannot thank the riders, parents, horse owners and organizers enough for putting this together.” Just as proud and enthused was Roberto Cuoghi, IRHA and NRHA European Council president. “It is an honor to have been able to host this inaugural competition in Italy,” he said. “I would like to thank all those involved; I am extremely proud of these young riders. They did a wonderful job inside and outside the show arena.”

Tying for first place with a 216.5 was Andreu Nogue Puig of Spain riding A Whiz N Cashand Italy’s Matteo Manuel Bonzano riding his High Point Reiner. Third place was for Belgium thanks to Nimroid Vannietvelt’s 213.5 score.

Representatives from all the participating countries were recognized and nominated as Reining Horse Foundation (RHF) Ambassadors. “This event is very much about growing awareness of RHF. There are many misperceptions about RHF and its international scope, but we do give Crisis Fund grants and scholarships internationally, and any NRHA member may be eligible for consideration for the NRHA Hall of Fame and Dale Wilkinson Lifetime Achievement Award,” said Leslie Baker, RHF executive director. “This inaugural event give exhibitors the opportunity to support the Foundation through donations of any size and it amounts to a big impact. I was in Cremona in spirit and I thank you all!”